Many people associate amusement parks with the summer, but thanks to mild South Florida winters, amusement parks in this part of the country remain open all year round. In fact, many amusement parks have special deals or promotions during the winter months in order to attract tourists, visitors, and snowbirds to the area. 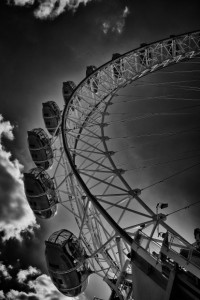 While amusement parks, including Disney World, Universal, SeaWorld, Epcot, Busch Gardens and the many other parks in Florida offer plenty of fun in the winter, they can also create the possibility for amusement park injuries throughout the year.

Each year, visitors to amusement parks in South Florida may be injured due to:

Parking lots at amusement parks are often crowded, creating the risk of pedestrian accidents or car accidents. Although parking lot collisions in Miami and other cities tend to not result in injuries because of the low speeds involved, they can still lead to permanent or even serious injuries, especially if pedestrians are the victims.

Many amusement parks do their best to keep parks clean and safe, but when they are negligent, visitors may slip and fall on watery or slippery surfaces – especially around water rides or pool areas. Trip and fall accidents caused by debris from other people or park staff can also pose a hazard. Since many parks are always updating their rides and offerings, there may be construction or repairs underway at any point in time, which can also pose an extra hazard.

3) Muggings, assaults, and other crimes.

Amusement parks hire security personnel to keep visitors safe, but not all areas are always carefully patrolled. Poor lighting, inadequate security, and other issues can result in assaults, muggings, and other crimes both in the park and on park property – such as the parking lots. Staff can also be victims of assault or crime if precautions aren’t taken.

Rides at amusement parks are supposed to be carefully tested and designed for maximum safety. Unfortunately, as competition grows, more extreme rides become the norm. No matter how innovative the design, amusement parks need to carefully test and create safe rides. If they fail to do so, they can be held liable for any injuries that occur.

Most amusement parks contain multiple vendors and refreshment areas for guests. If food is not stored safely or prepared correctly in these areas or if food poisoning happens for other reasons, amusement parks may be held liable if guests and visitors are injured.

If you’ve been injured at an amusement Park in South Florida, contact Flaxman Law Group for a free case evaluation. You may have the right to seek compensation through a legal claim or there may be other avenues you can explore in order to seek compensation. Keep in mind that visiting Florida and getting injured at an amusement park can end up costing you tens of thousands of dollars or even more. You may have to lose time at work, you may need to return to your home later, and you may miss time away from work because of your injuries. Seeking fair compensation is your right and Florida law protects you – even if you’re visiting Florida and its amusement parks only temporarily.