Miami-Dade police are looking for people involved in the reported theft of two semi-truck trailers from a Costco parking lot. The trailers contained what is reported to be about $18,000 worth of Christmas trees. According to authorities, trailers had a pin lock and satellite tracking. However, the pin lock may not have been engaged and the tracking was disabled at some point during the night of the theft.

This incident highlights a disturbing trend occurring during the holidays; trailer and cargo thefts. The cargo in trailers sometimes represents a significant temptation for thieves, since the cargo headed for customers and stores can usually be sold for profits. Electronics are one of the most commonly stolen cargo items, although food and drink and pharmaceutical shipments are also commonly targeted. 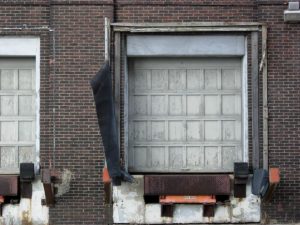 The fourth quarter of any year can see an increase in thefts, in part because of the holidays. With holiday shipments to stores and customers increasing, organized theft rings see more opportunities while individual thieves might be tempted to steal because of holiday money pressures.

Cargo theft is not a victimless crime. It results in billions of dollars in losses for companies. It drives up costs for customers, who ultimately must pay for higher insurance costs, replacement trailers, and improved security systems for truck carriers and stores. Cargo theft can also cause injuries and truck accidents in some cases.

There are a number of ways cargo theft can lead to accidents and injuries:

Thieves may need to tamper with trucks or cabs in order to get around pin locks and other security systems. Tampering with any truck can cause the truck to perform differently, which can lead to a truck accident in Hollywood or another community, potentially causing injury to innocent bystanders.

In some cases, thieves recruit new truck drivers, temporary truck drivers, or other insiders to help them steal cargo. As insiders work to cover up their tracks, they can inadvertently cause injury. For example, someone might fake an attack on a truck to hide a theft, but this can cause injury to a bystander.

Thieves will often wait until a truck is parked an unattended to steal. They may wait until the middle of the night. If a truck driver interrupts a theft in progress, they may be attacked or assaulted by the thieves, who are eager to get away.

One of the biggest dangers with cargo theft comes after thieves have secured the cargo. In most cases, thieves will steal an entire truck or trailer. They may not have training to drive a truck of that size or may be driving quickly to get away from the scene. In either case, they may cause a devastating roadway crash that causes injury to other users of the road.

If you are a commercial driver injured in an attack or a motorist injured by reckless driving, contact Flaxman Law Group for a free case consultation. Our law firm is proud to serve the entire South Florida area from our offices in Miami, Homestead, and Hollywood.