According to news reports, there are about 4 million Syrian refugees around the world. Since 2012, the United States has accepted 1,854 refugees and the federal government has announced plans to admit another 10,000 refugees from the war-torn area this year. In 2014, the United States admitted 70,000 refugees from all around the world, but attacks in Paris and the threat of attacks have many Americans discussing Syrian refugees and the asylum process in general. 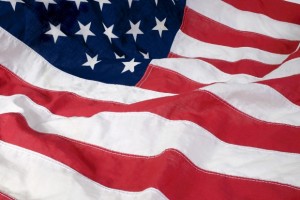 The Facts About Asylum

Both refugee status and asylum status may be granted to individuals who have faced torture or other persecution or who have reasonable fear of such persecution in their homeland because of their race, nationality, ethnicity, religion, politics, or social groups. If someone applies outside of the United States, they generally apply for refugee status. If someone is in the United States and fears returning to their homeland because they fear persecution, they may apply for asylum status.

After entering the United States, asylum seekers have one year to apply for asylum status and if they are in the country with their young (under the age of 21) children or spouse, their family may also be granted asylum status. Asylum status may be granted to both documented and undocumented immigrants in America, and once an asylum application is approved Asylees can stay and work in the United States and are permitted to apply for permanent citizenship after a year.

Asylum is not given to everyone who is fearful about the political situation back home. Applicants need to undergo an application process and must meet with an Asylum Officer for an interview to provide proof that there is reasonable concern for their safety if they return home. An Asylum Officer can reject an applicant on different grounds.

Many asylum seekers need legal help through the asylum application process. They may not have the English language skills for the process or they may face considerable stress because they fear what will happen if they return home. In some cases, asylum seekers are ill or are frightened because they may be separated from their family. A qualified immigration attorney with experience in asylum cases can make a big difference. An attorney understands the asylum process and the immigration laws affecting a case and can build a persuasive case to show Asylum Officers or a judge that the threat of torture or arrest is a very real possibility.

The attorneys at Flaxman Law Group have worked with many immigrants seeking legal status in the United States and our team understands that new arrivals to the United States have the opportunity to contribute greatly to our society. We take great pride in providing support and assistance to those seeking asylum status. If you are in Hollywood, Homestead, Miami, or anywhere in South Florida and believe you may qualify for asylum, contact our law firm for a completely confidential and no cost consultation.