Patients visit doctors, hospitals, and clinics to get better. Florida is lucky to be known for cutting-edge medical research as well as excellent hospitals and health care providers. In fact, people from all over the world visit the state in order to get medical treatment. While many health care settings are careful to provide the best possible care for patients, however, some medical care providers and negligent and reckless with patient health. When this happens, medical negligence lawsuits in Hollywood and other Florida communities will sometimes occur.

What Happens When Patients Are Injured Due to Medical Negligence

When a patient injury or child injury in Hollywood or another city occurs due to medical negligence, a big part of the problem is that in many cases patients may not even be aware of the fact that their negative medical outcome was caused by recklessness. Doctors and health care providers do not generally announce that they have made a mistake and do not admit that a negative outcome was preventable. In some cases, patients find out about possible negligence by accident or because the negligence was obvious. 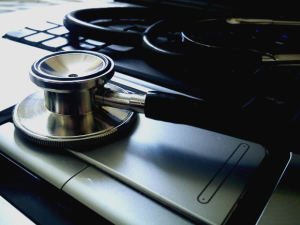 Patients are supposed to be protected by personal injury laws. If a medical injury is caused by negligence, patients may have the right to seek compensation through a medical claim. Patients can launch a legal claim against the doctor, hospital clinic, medical insurance companies, and other parties in the case. Unfortunately, there are caps placed on the noneconomic damages in medical malpractice lawsuits. Recently, the Florida supreme court ruled these caps unconstitutional, but that case is still being appealed.

What Happens When Doctors Are Accused of Medical Malpractice?

One of the problems that many patients have after being injured by medical negligence is that in some cases liable health care providers face no consequences for their actions. A recent investigation by CBS news, for example, found that in the case of one doctor who had 11 insurance payouts since 2000 after being accused of medical negligence, the doctor was still practicing and still had his license.

The Florida Board of Medicine is meant to keep dangerous doctors from treating patients, but the CBS News investigation found that only 4 of the 25 doctors with the highest number of medical malpractice insurance payouts had their licenses taken away. In three of those cases, licenses were only lost after the doctors were accused and charged with billing fraud or drug offenses. The remaining doctor lost his license because he violated the terms of his disciplinary action.

According to Public Citizen, an advocacy group, taking stricter disciplinary action – including revoking licenses – could help prevent further medical negligence, especially in cases where a doctor had already had multiple charges. The group reports that Florida is among the states with the lowest number of actions taken against negligent doctors.

Have you been injured by a negligent doctor, hospital, or clinic? Contact Flaxman Law Group, a professional and compassionate law firm with three offices in South Florida. Our legal team would be pleased to meet with you in a free consultation.