It’s no secret that car and truck accidents are a concern in Hollywood and the rest of Southern Florida. Each year people lose their lives or are seriously injured in truck and car accidents in the area. According to some experts, taking mass transit for your commute at least some of the time could help you reduce your risk of a car accident. This is because:

1) Mass transit is statistically less likely to lead to an accident.

Statistically, bus and train accidents cause fewer injuries and deaths each year. You’re less likely to be in a bus or train accident compared to a car accident. Also, the more miles you travel by car the more likely you are to find yourself in an accident. By taking mass transit at least part of the time, you can reduce the risk of a crash. 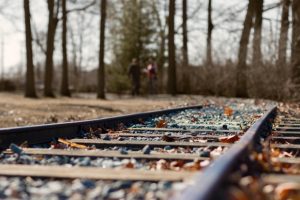 2) It can reduce congestion.

Traffic congestion is a concern in Southern Florida, especially during the morning and evening commute. Congestion not only contributes to air pollution, but it can cause tempers to flare and accidents to happen as drivers get more frustrated. If more drivers took mass transit at least part of the time, congestion would ease, which might help reduce road rage and collisions. At this time of year, especially, when there are more trucks and cars on the road due to the holidays and because of holiday shopping, fewer vehicles on the road is beneficial to everyone.

3) It can reduce distracted driving.

Studies have shown the morning and evening commute can be a risky time for distracted driving, simply because most drivers are very familiar with their route to work. The mind gets bored with the same route and drivers may start to daydream or think about their to-do list rather than staying focused on the road, which of course can lead to collisions. By taking mass transit some of the time, you don’t have to worry about distracted driving as much. While someone else is driving for you, you can focus on getting things done or on catching up on work. When you return to driving, the small break may help you make the commute newer again.

4) It can reduce fatigued driving.

Mornings and evenings can be times of fatigue. During the morning commute, you may not be fully awake yet and prone to drowsiness. In the evening, you may be tired after a long day at work. In either case, fatigued driving can easily lead to distraction or to collisions. Each year, fatigued drivers cause car accidents in Hollywood and the rest of South Florida because they have pushed themselves too hard. Taking an alternative form of transport helps you relax and avoid fatigued driving.

Of course, mass transit is not the only solution. Mass transit accidents still do happen and for some people there are no convenient bus or train options near their homes or workplaces. Carpooling can have some of the same benefits if you find your morning or afternoon commute a challenge.

If you have been injured in a car accident or mass transit accident in South Florida, contact Flaxman Law Group for a free consultation. We’re always standing by to offer legal advice and representation to those who have been injured.