Truck rollover accidents in Hollywood are more common than rollovers involving passenger cars. Since tankers and commercial trucks have a higher center of gravity, they are more at risk of rollovers than even SUVs. 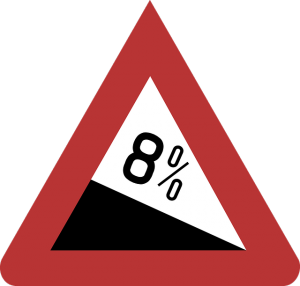 Several factors can contribute to these types of collisions:

Rollovers can happen even at speeds as low as 5mph, but they are more common with higher speeds. If a truck is involved in an accident at high speeds, the force of the impact can cause the truck to flip or even roll over a number of times before coming to a complete stop.

Turns can cause a truck to list to the side and in some cases to tip or roll over.

When a truck is overloaded, the brakes and tires may fail, which can lead to a rollover. When cargo is loaded incorrectly, it can shift during transport, which can shift the center of gravity in the truck and can cause the car to rollover.

In tanker trucks, it’s impossible to correctly distribute cargo and driving tankers that are less than 3/4 full can put the driver at risk of rollovers. The extra space in the tanker gives the liquid inside plenty of room to slosh around, which effectively changes the distribution of the liquid and can cause a rollover. Liquid tends to slosh from side to side when it has room, which makes a rollover even more likely. Worse, tankers may be transporting dangerous cargo such as oil. If they’re involved in a crash, the dangerous cargo can spill and potentially cause a fire or explosion.

Truck drivers are trained to avoid rollovers. However, errors on the road can increase the likelihood of these types of accidents. When drivers brake or speed up too quickly, their actions can cause a rollover. Similarly, fatigued, drunk, or distracted driving can mean drivers leave the road and end up involved in a rollover.

Steep slopes, coupled with the higher center of gravity on tractor trailers and other trucks, can lead to a rollover, especially in bad weather or if drivers can’t adjust their driving for the slope.

When it comes to single vehicle accidents in Hollywood and South Florida, rollovers can be the most deadly. The truck driver may be tossed about inside of the cab during a rollover and the out-of-control truck may smash into other, smaller cars along the way, causing massive damage.

If you have been injured in a rollover, you deserve support. Contact Flaxman Law Group at any time for a free consultation if you want to talk about your case and your rights. Our legal team is always happy to offer consultations and personalized legal advice from our offices in Hollywood, Homestead, and Miami.