Trucker fatigue is a serious problem. Truck drivers work long hours, and in some cases need to be on the road to deliver products by specific deadlines. Hard-working drivers, though, can be tired drivers, especially when there aren’t rules in place to ensure they get adequate rest.

According to the Federal Motor Carrier Safety Administration (FMCSA), fatigue is a leading contributor to the truck accidents that claim more than 4000 lives across this country each year. Over the past two years, the FMCSA and other regulatory groups have supported the idea of new laws to lower the maximum working week for truckers from 82 to 70. The new Hours of Service rules would also create mandatory breaks, including breaks at night. 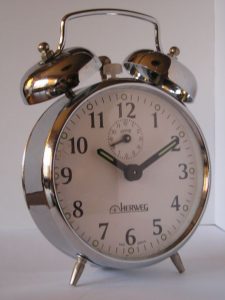 The Debate About Fatigue

Truck companies and some independent trucker-operators (drivers who operate as contractors) have opposed the new Hours of Service legislation, in some cases saying that the law would put truckers on the road early in the morning, during the morning rush. This would potentially create conditions for accidents. They also point out that the new rules are restrictive and do not permit truckers to rest when they need rest.

Some sleep experts agree that a specific number of hours of rest alone is not enough to make a dent in fatigued driving – when drivers sleep can be just as important as how much they sleep. A number of studies over the past few years, for example, have pointed out that shift workers have more health problems and more issues with sleep than traditional workers – even with the same number of sleep hours. Since drivers often work irregular hours and sometimes take overnight hauls they may be subject to the same dangers.

According to sleep experts, trying to sleep during the day can create problem since there is more noise and brighter light during day hours, which makes it harder to get the same quality of sleep that can be enjoyed at night. Some experts also believe that most people are simply more likely to be fatigued at night – even if they sleep during day hours. Most research supports the idea that irregular sleep hours also contribute to sleep disturbances and fatigue, while a regular sleep schedule promotes restful sleep.

Unfortunately, truck drivers may be getting irregular sleep hours and may be trying to catch up on sleep during the day. The new Hours of Service rules would put more drivers off the roads for rests during the night, but the trucking industry points out that not all drivers may be fatigued then. They also point out that having drivers traveling at night, when traffic is lightest, could help reduce some of the traffic risks.

Human Behavior and the Law

There is also the problem of trying to legislate human behavior. It’s possible to impose new laws requiring rest breaks for truck drivers, but enforcing those rules is more difficult. Even when drivers follow the rules, there’s no guarantee that they will rest or get adequate sleep during mandated rest breaks. And sleep apnea, insomnia, and other sleep disorders are not addressed by the legislation – even though they can have a big impact on fatigued driving.

Have you been injured by a fatigued driver? Contact Flaxman Law Group for a free consultation to discuss your situation. Flaxman Law Group is a full-service law firm and we are pleased to offer legal advice and representation to plaintiffs across South Florida.