Legislators and safety advocates often suggest ways to reduce truck collisions and crashes in Homestead and across Florida. However, even though roads are redesigned, truck parts that are proven defective are recalled, and other steps are taken, Florida residents continue to be seriously injured or even suffer fatal injuries in traffic collisions across the state. 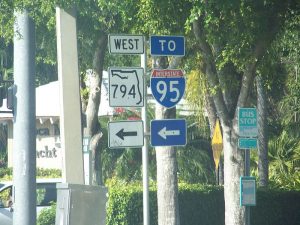 A growing number of safety advocates believe that part of the problem doesn’t come down to more laws but rather changes in the way we as a society look at driving and driving culture. What cultural changes could help reduce accidents on the roads? There are a few possible options:

Over time, this can be a serious problem. Someone who learned to drive decades ago may not have learned to drive on newer and busier routes, for example.  Encouraging drivers to improve their skills could help create stronger drivers.

Before the 1980s, there was less awareness of the dangers of drinking and driving in Homestead and other communities. It was only the tireless efforts of Mothers against Drunk Driving and other groups that got communities to realize the devastating effects of drunk driving. A social and cultural change was made to reduce the numbers of DUI accidents.

Passenger car drivers who text and drive or who drive distracted take some of the same risks as drunk drivers. In fact, tests show that distracted driving has similar effects on response times as drunk driving.

By making dangerous behaviors such as aggressive or distracted driving socially unacceptable, people may feel pressured to not engage in these dangerous activities.

Everyone who gets license is told that driving is a privilege. However, some drivers treat it as a right. Indeed, when their licenses are revoked due to repeated driving rule violations or drunk driving convictions, many drivers will claim they “need” a driver’s license to get to work and other commitments.

By making driving an opportunity rather than a necessity, we can reduce reliance on driving and give people other and safer options to get around. Expanding trains and public transportation options, offering shuttle services and other affordable services to get around and changing the way we equate driving privileges with economic status, for example, can make it more socially acceptable for people to take alternate forms of transportation when they are tired, inebriated, or just not feeling their best. This could potentially reduce the number of accidents on our streets.

Have you been injured in a trucking collision caused by someone who was negligent when driving? Contact Flaxman Law Group for a free consultation. We’d be happy to analyze your case and offer our advice about your situation.