Hazing is often seen as an inevitable part of rushing a fraternity or sorority. Unfortunately, hazing and other fraternity-related events have been causing fatalities and serious injuries, pushing colleges to rethink their societies. Miami and Florida campuses are supposed to keep their students safe, and the presence of hazing and other Rush Week activities raises the question of how safe campuses really are.

Bloomberg reports that more than 60 people have suffered fatal injuries in fraternity events at college campuses since 2005. In many cases, these deaths involve hazing and alcohol use, which means that many of these tragedies could have been prevented. In addition to these fatalities, there have been a significant number of sexual assaults on Miami campuses, some of them linked to fraternity events. 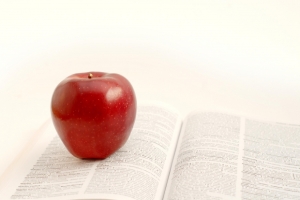 What Schools are Doing About Hazing

Some schools have created no-hazing policies or have started cracking down on fraternities and sororities where hazing causes injury. Some colleges, however, are reluctant to ban hazing or crack down on societies. In some cases, fraternities simply rename their membership activities to avoid hazing bans.

The problem is that students want the freedom to pursue fraternities and sororities, and in many cases these organizations are steeped in tradition as well as some secrecy. This can make it difficult to enforce no-hazing rules and other rules meant to protect students. At the same time, some schools have been accused of not taking action against fraternities because they want to avoid liability. What ends up happening is that it can difficult to crack down on abuses in the system and schools are sometimes acting out of a desire to stop legal action, rather than out of a desire to stop certain activities.

Hazing results in many types of injures, including falls, alcohol poisoning, and injuries caused by misadventure. In some cases, alcohol is not necessarily involved. Some fraternities, for example, have new members take part in extreme sports or long hikes, and these can create a risk of falls or exhaustion and collapse. Some of these extreme events involve part in sports in the dark or on rough terrain, where injury and falls are a potential danger.

Fraternity and sorority events also have the potential to turn violent, especially when alcohol is involved. In the past few years, there have been lawsuit filed against fraternities due to sexual assault or sexual misconduct. There have also been situations where students have fallen out of windows at fraternity events and parties.

The North-American Interfraternity Conference has announced plans to study hazing, sexual assault, and alcohol in fraternities across the country. They expect their study to be complete by 2016. The report may include recommendations to help stop hazing-related injury.

Has your child been injured on a school campus? Your family may have rights that could help you seek compensation and resources for your child. To find out more and to get an evaluation of your potential case, contact Flaxman Law Group. Flaxman Law Group is a full-service law firm with offices in Miami, Hollywood, and Homestead. Our legal team would be pleased to offer you a free consultation to discuss your injuries.