A homeowner’s association (HOA) is an organization with a board of members who oversees the common areas, rules, and compliance of condos, co-ops, townhouses, planned communities, and other living spaces. If you live in a property with an HOA, you pay regular fees to the organization and follow the community rules. In turn, the HOA maintains common areas in the community and creates a pleasant place to live. 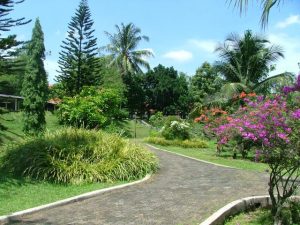 HOAs have a duty of care to members, including the members of community who pay their fees and follow HOA rules. They also have a fiduciary duty to act in the best interests of members of the community.

You may have a claim against your HOA if the organization breached its duty of care and failed to maintain common areas or keep them safe and you were injured as a result, suffering losses. You may also have a claim if the HOA failed in its fiduciary duty to you.

HOAs are meant to maintain community standards. When they fail to do so and someone is injured as a result, the injured homeowner or visitor may have a claim.

While most claims against homeowner’s associations have to do with common areas, claims can occur if someone is injured in their own home. For example, if a car crashes into a house due to bad signage or if a break-in happens due to poor security, the homeowner may have a claim if they are injured and their injury stems from the negligence or wrongful act of the homeowner’s association.

HOAs usually have legal structures to limit liability and to protect the association and its members from legal claims. For example, many HOAs limit liability to situations where a hazard was known to them. These associations also have the financial means, from the gathered HOA fees, to work with skilled attorneys.

If you have been injured in a planned community and think you may have a claim against an HOA, contact Flaxman Law Group at 1-866-352-9626 (1-866-FLAXMAN) for a free consultation with a Cooper City HOA injury claims attorney. Our legal team has more than 60 years of experience and our principal worked for ten years in the insurance industry before dedicating his life to the law, so he knows how to negotiate with insurers.