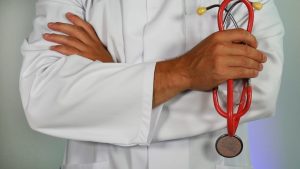 Doctors have an obligation to provide good care to all their patients, and that includes the half of patients that are women. When doctors do not take women’s care seriously and women suffer serious complications or fatalities, medical professionals can and should be held accountable.

Why Misdiagnosis Happens to Women

Much has been written about why women are not diagnosed correctly. Part of the issue appears to be the fact that medical schools do not always focus on gender-specific conditions and symptoms. For example, heart attacks are a leading cause of fatalities for men and women, but most doctors learn the classic signs of a heart attack—pressure in the chest, shortness of breath, nausea, and neck or jaw pain—which are common in men. Women are more likely to experience pressure in the upper abdomen or lower chest, indigestion, extreme fatigue, and fainting, and these symptoms are not as emphasized.

Another issue that can lead to misdiagnosis in Hollywood is bias. Even though we have made great strides in providing more equitable care, women are still more likely to be dismissed when they complain of pain or may be seen as overly emotional. Physical symptoms may be attributed to a psychological or emotional cause rather than a physical one.

A third issue is that in research the standard of clinic trials have tended to be on male bodies. In 1993, Congress passed a law requiring clinical trials to include women, but research into women’s conditions and symptoms is still behind. For example, reliable tests for ovarian cancer are still in development, even though this disease affects tens of thousands of women a year.

What Women Can Do to Prevent Misdiagnosis

If you are a woman, there are several things you can do to help avoid misdiagnosis:

The Aftermath of Misdiagnosis

If you have suffered an injury because of misdiagnosis, you may wish to consult with a misdiagnosis injury claims attorney. Holding doctors accountable is important to create systemic change and seeking fair compensation can help you pay for quality care, can replace lost income, and can address the other financial costs of not receiving adequate care.

If you have been misdiagnosed and have suffered injury or losses because of it, contact Flaxman Law Group at 1-866-352-9626 (1-866-FLAXMAN) for a free consultation. There is no obligation in speaking with us, and it gives you a chance to find out whether you may have a claim.