A current debate about hours of service regulation rules is really a long-standing argument about how to best reduce the number of fatigued drivers on Fort Lauderdale roads and other roadways across the country. Earlier this year, new federal hours of service rules were passed which reduced the weekly hours long-haul truck drivers worked. The same changes also requires truck drivers to take nighttime rest breaks.

Some safety advocates say that the nighttime breaks are crucial to help prevent fatigued driving and resulting traffic crashes in Fort Lauderdale and other cities. They point to research that has shown shift work can lead to sleep issues and greater fatigue when compared with work that allows employees to sleep during regular night hours.

Opponents of the hours of service changes, however, say that the mandatory nighttime rest breaks put too many commercial truck drivers on the road during rush hour – an increase in traffic that could contribute to roadway accidents in Fort Lauderdale and other cities. They also say that drivers should ultimately decide when they should rest. 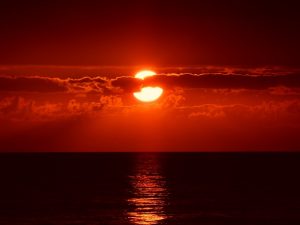 This summer, a New Jersey trucking accident killed a well-known comedian on the New Jersey Turnpike and injured other passengers. The truck driver in the crash had not had sleep for more than 24 hours at the time of the accident, even though preliminary investigations found that he did not violate any rules. The incident sparked renewed discussion about driver fatigue and some safety advocates noted that more needs to be done with hours of service rules if a driver can go without sleep for such a dangerously long time and still be considered fine to drive.

How can we Regulate Fatigued Driving?

Part of the problem, of course, is that while it is possible to mandate rest periods, it is much more difficult to ensure that drivers get rest and sleep during their break periods. Nevertheless, legislators say that passing hours of service rules is the best way to ensure that drivers are pushed to take adequate breaks.

Although there is some disagreement about what can be done to stop fatigued driving, there is no doubt that it is a problem. A 2006 study by the Federal Motor Carrier Safety Administration found that 65% of polled drivers stated that they sometimes or often felt fatigued or sleepy while on the road. About half of the drivers admitted that they had fallen asleep while driving during the previous twelve months.

Seeking Help After a Trucking Crash

Have you or a loved one been injured by a fatigued truck driver or a driver who lost control of their vehicle after falling asleep at the wheel? The attorneys at Flaxman Law Group have been helping injured persons for decades and have recovered more than $100 million on behalf of thousands of roadway accident and personal injury victims. Our legal team works with engineers, investigators, accident reconstruction experts, medical consultants, and other professionals to build strong cases and to pursue justice and compensation on behalf of injured persons. If you have been injured, contact Flaxman Law Group today at 1-866-FLAXMAN (1-866-352-9626) to schedule a free case assessment. Your free consultation is your chance to review your situation with a personal injury attorney at our firm.