Truck drivers in Florida are on the roads at all hours of the night and day as they make deliveries to businesses and organizations across the region. Unfortunately, a varied schedule which takes drivers on the roads at all hours comes with some risks. The early morning hours are among the times when truck and traffic accidents in Hollywood and Florida are most likely. 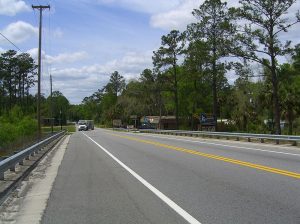 There are many factors which make morning hours especially dangerous for driving and truck accidents:

1) Early morning hours can mean sleepiness. Fatigued driving is a serious problem for Hollywood and Florida truck drivers. Bodies work on a circadian rhythm and for most people, sleepiness occurs reliably in the morning and early morning hours, which can mean an increased risk of fatigue-related crashes.

2) Early morning can mean unique traffic patterns. Mornings can mean more trucks are on the roads, as well as city vehicles and even waste or collection trucks. This increased traffic and changing pattern of traffic needs to be considered for drivers to stay safe.

3) Wildlife is more likely early in the day. Deer and other wildlife common in Florida are most active in the early morning, when drivers may be on the road. Wildlife darting out on the road can easily cause a trucking accident.

4) Visibility may not be ideal. Early morning hours are dark and can mean reduced visibility, especially if bad weather is a factor. As the Florida sun rises, the glare can make visibility even worse.

5) Shifts may change for drivers, affecting alertness. Truck drivers may be most at risk for an accident if they are switching schedules. It can be harder to adapt to driving in the early morning if a driver has been driving during the day for weeks or months. It can take some time for the body to adjust to a new sleep schedule and during the period of adjustment, drowsiness can be a significant problem.

6) Early morning hours can mean a higher risk of DUIs. When parties end in the early hours of the morning or late-night bars and establishments close, some people unfortunately may make the poor choice to drive after drinking. Early morning hours are the highest risk times for drunk drivers in Hollywood and most Florida communities, which means truck drivers may need to contend with this added risk on the roads.

Even with these added risks of early-morning driving, truck carriers and drivers are expected to take reasonable precautions to reduce the risk of fatigued driving and accidents. If they are negligent and fail to do so, causing you injury as a result, you may have a legal claim. If you have been injured in a truck accident anywhere in South Florida and would like to know more about your legal options, contact Flaxman Law Group at 1-866-352-9626 (1-866-FLAXMAN) for a free, no obligation consultation with a Hollywood truck accident attorney.