Over the past few years, there has been much debate about the advantages and dangers of big trucks. Some experts in the trucking industry have sought to increase the maximum size of commercial trucks permitted on the nation’s roads, claiming more trucks is better economically, for the environment, and for safety. 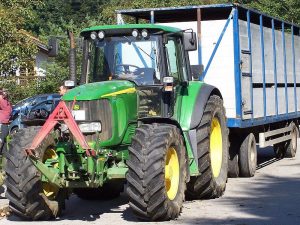 But can larger trucks really reduce the number of truck accidents in Miami and other cities across the nation? According to The Coalition Against Bigger Trucks (CABT), the answer is “no.” The advocacy group points out there are a number of safety dangers with larger tractor trailers, including:

What do you think? Do you think heavier trucks would be more efficient and would allow carriers to place less pressure on drivers, leading to safer roads? Or do you think larger trucks are more dangerous and could lead to more traffic accidents in Miami or your city?

For now, the debate continues and at this time it is not clear whether larger and heavier trucks will be approved by legislators. One way customers are protected today, however, is though the civil courts system. If you have been injured by a defective truck or by negligence in a truck accident, you may have a claim which could help you pay for car repairs, hospital bills, and other losses.  To find out more and to find out whether you may qualify, contact Flaxman Law Group for  a free, no obligation consultation.