Medical devices are often created by medical conglomerates and are tested heavily before patients are permitted access to these technologies. Medicine and all medical devices are created to help improve the lives of patients, but unfortunately in some cases defective design, poor testing, or other negligence creates unsafe products.

In some cases, patients in Hollywood and Florida have launched lawsuits in US district courts or state courts after suffering complications and serious injury caused by dangerous drugs or defective medical devices. If you have suffered an injury due to an unsafe product you can always contact Flaxman Law Group for a free consultation. Whether the product or medicine has been recalled or not, our legal team would be pleased to offer legal advice and support. 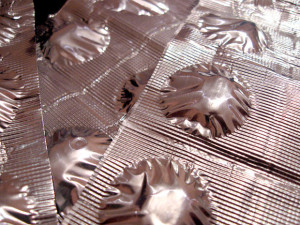 When a number of people are injured by a medication or medical devices, manufacturers will sometimes issue a recall and pull the product from a marketplace. In other cases, no recall is issued, sometimes because manufacturers don’t want to lose money.

Patients who have been injured by unsafe products can file a claim against negligent manufacturers. In cases where numerous patients are injured, sometimes class action claims are filed. In recent years, a number of class action lawsuits have been filed against makers of medical devices and medicines:

Transvaginal Mesh Implants were created to help provide permanent relief for women who different from pelvic organ prolapse and some forms of urinary incontinence. These devices in some cases were defectively designed. In other cases, manufacturers recommended implant techniques that led to serious complications. Tens of thousands of women suffered organ perforation, infections, or tissue erosion after getting these implants.

Tens of thousands of lawsuits were launched as a result of defective implants, and some women won verdicts in the millions of dollars after suffering catastrophic injury. American Medical Systems’, one of the manufacturers of the implants, and its parent company agreed to pay over a billion dollars in damages to patients.

Bayer created two types of birth control pills, Yasmin and Yaz, and promoted them heavily not just for contraception but also as an acne medicine. Many young women took the drug, but some experienced severe complications, including strokes, heart attacks, and blood clots. The FDA demanded stronger warnings on Yaz and Yasmin packaging and thousands of women and their families filed lawsuits, some of which are ongoing. Bayer settled some of the lawsuits and paid $1.7 billion as of late 2014 in these claims.

Granuflo and Naturalyte are dialysates used in dialysis patients experiencing kidney failure. Granuflo and Naturalyte are meant to cleanse the blood of waste products – essentially doing what the patients’ kidneys cannot. Unfortunately, some patients experienced serious heart problems and even fatalities after using the dialysates, prompting many lawsuits. Attorneys alleged that the company behind the dialysates, Fresenius Medical, knew about the risks but didn’t tell the public.

If you experience injury or complications from these or other medical products, contact Flaxman Law Group for a free consultation. Our legal team has handled many medical malpractice and defective product cases in Miami, Homestead, Hollywood, and other communities throughout the South Florida area.