There are many forms of nursing home neglect and abuse which can be seen in nursing homes in Hollywood and other parts of Florida. Unfortunately, over the past month we have seen the unfolding tragic events at the Rehabilitation Center at Hollywood Hills, where eleven residents have passed away after being left without air conditioning following Hurricane Irma. 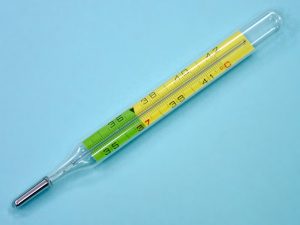 That matter is now under criminal investigation and it has left many families in Florida wondering whether their loved ones are safe in nursing homes. In Florida heat, air conditioning and cooling systems are a necessity, especially in nursing homes. Elderly residents may not have the mobility or ability to seek cooler temperatures for themselves. Some may not have the mobility to get cool glasses of water. At the same time, pre-existing medical conditions or medication side effects may make them more susceptible to heat-related conditions.

Proper emergency training and an emergency process is vital, too. News channels have reported that staff at the Rehabilitation Center at Hollywood Hills moved patients into hallways to place them near fans and smaller cooling systems. Some video obtained by journalists reportedly shows an unclothed woman placed in a hallway on a hospital bed. While staff did stay in contact with authorities, news outlets report the staff did not report residents needed to be evacuated or were in danger. Some residents died at the nursing home and others after being evacuated to a hospital across the street.

Since Florida heat can climb so high and since the state does have a tornado season as well as other weather patterns which can disrupt electricity, it is important for families to ask several questions of their nursing homes:

What emergency procedures are in place for the nursing home?

If you have a family member who has been injured in a nursing home in Hollywood or in any other South Florida community, contact Flaxman Law Group for a free, no obligation consultation to find out what can be done.