A new law in the state aims to prevent concussions among student athletes in Miami and the rest of Florida. HB-291 requires that student athletes be removed from practice or a game if it appears they may have sustained a head injury or a concussion during a school athletic activity or event. Injured athletes require written permission from a doctor to return to play. Thirty states now have similar legislation. 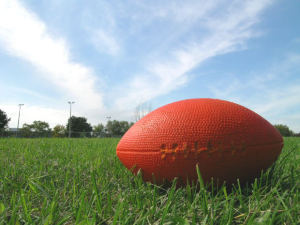 There is certainly a need for more prevention. Statistics show that 90% of the 300 000 brain and head injuries reported among high school athletes each year are concussions. Under the new Florida law, students who have sustained a head injury will return to sports gradually. They are not allowed back on the field the day they have sustained their injury and they must re-enter the sport with gradual activity, then moderate sport activity, then supervised activity. They can only return to contact sports after a doctor has agreed, in writing, that they are fit to do so.

Head Injuries are a Serious Danger for Student Athletes

According to experts, one of big dangers with sports-related head injuries in Miami and other cities is that all too often the injuries are overlooked. In some cases, athletes are returned to a game after hitting their head because they feel fine. In other cases, they return to play before a concussion has fully healed. In the past, some athletes have not been correctly evaluated for a serious head injury. This can be dangerous for a few reasons:

Serious head injuries that require immediate medical attention may not always present symptoms right away, so an athlete may need to be rushed to the hospital but instead returns to the game as the injury becomes worse.

Repeated head injuries can result in life-long neurological damage, according to recent research. Repeat concussions, even if they are not extremely serious, can lead to lifelong neurological damage as well as other issues. A number of lawsuits have been filed over the past few years by athletes, workers, and others who have sustained permanent, serious damage due to earlier multiple concussions. It has been shown that children and teenagers can be especially susceptible to the dangers of repeat head trauma.

Do You and Your Child Need Assistance?

If you or your child has sustained a head injury, do not hesitate to get legal as well as medical advice. Legal advice can help you determine whether you have a legal claim so that you can seek compensation that can help pay for the best quality treatment. You can seek damages for lost wages, medical costs, future expected costs, pain and suffering, and more if you qualify for legal claim. To find out more, contact Flaxman Law Group for a free, no commitment case review. The attorneys at Flaxman Law Group have more than 60 years of combined experience and would be pleased to help you understand whether you have a claim.